How to look at everyday objects with foreign eyes?

At the end of their six-weeks research stay in the Western Cape, the Berlin-based artistic duo Alexandra Ferreira and Bettina Wind will inhabit two very different spaces to present their new work: the oval room at the South African National Gallery, hosting an installation of small-scale models inspired by the artists’ findings in historical documents and urban environment; and the new project space Evil Son in Woodstock, site for a one-evening event and exhibition, in which the artists will approach their topics in a more experimental way, making use of video, drawing, objects, text, and other media.

*AD HOC (Latin): For particular purpose only.
(1)    Improvised solution for a particular task or an unforeseen event
(2)    Process of shifting contexts to create new meanings
(3)    Exploration of first ideas in an open-ended process

** Bridging: Term used in linguistics to describe the process of connecting two sentences via key words that belong to the same semantic field, without making this connection explicit. This process is performed by readers or listeners based on the hypothesis that they share the same reference system as the author or speaker. For example: Mining has been battered by wildcat strikes. / The country’s biggest companies shed thousands of jobs. The definition, however, attempts to exclude ambiguities as part of a communication process. What if frictions occur between systems of reference that do not overlap? What exactly happens in the space marked by / ?

Text and Images by windferreira 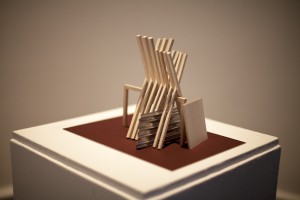 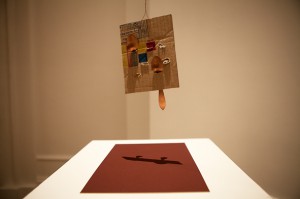 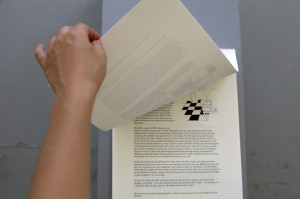 Images Courtesy of the artists 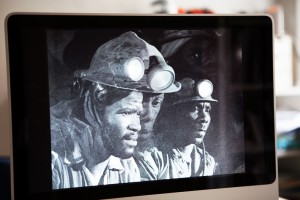 Screen Shot of Still "Come Back, Africa" by Lionel Rogosin,
Image by windferreira

H for “hyperlocal”: information oriented around a specific community, focusing on local issues and concerns.

Hyperlocal journalism has become a big business in the US. Journalists like Chad King produce hundreds of articles on local events, festivities and incidents. Chad who? Never heard of him? Never mind. Chad King does not exist anyway. His name is just an alias for a team of about 140 freelancers in the Philippines who – on the base of police reports, sports statistics and other information from the net – deliver the latest hyperlocal news to US agencies, for a very cheap price.

Starting from this peculiar constellation, all kinds of questions can be raised around working conditions in the news industry or on outsourced research via the internet. What is at stake here, however, is more than just another variation of a cheap service delivered in an exploitative system. If the Philippine freelancers proved it possible to write an article on a local event without ever having been to the place itself, and to convince the readers that they were a part of the local community – what more can one produce when actually “going local”? Is it really possible to reach the core of things through a physical presence, or are all of us to a certain extent “translocals” who make (up) their daily narratives in the intersection between virtual and real spaces?

The prospect of coming to Cape Town for a six-week stay poses a challenge to our artistic practice and vision: How to prepare our research and how to prepare ourselves for a place we have never been to? Should we rely on the images and reports of others? What should we bring with us? What could we possibly leave there? And how shall we reach the core of things without getting diverted by our own presumptions and expectations?

Discovering Chad King made us frame our ambitions as future “artists-in-residence” from a different perspective: If there are ways to go “hyperlocal” without physically being at a place, then, we thought, been at a place might also allow for more complex and complicated ways to negotiate proximity and distance, or encounter and imagination, than just a simple “either/or”.

Nevertheless, there is some material in our luggage we would like to bring with us, some DVDs and newspaper clippings, paper and notes, a camera… We will have to leave quite some ponderous thoughts and far-flung ideas at home to avoid exceeding the weight limit for overseas flights. What will come out of this first material, as soon as we touch ground?

We will keep you posted.