Residency at Gasworks in London

Until June 2013, we are working on a new research-based project in the frame of the international residency programme at Gasworks, London. 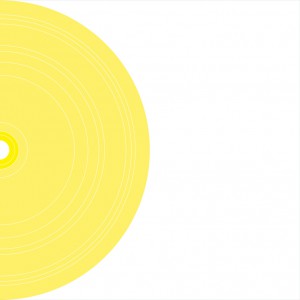 "We're on the other side just beside
(Watch out for traffic)
From the other side
Beside on the B-Side
Of history
Can't you see?"
From B-Side

During the open studio weekend at Gasworks, we will present our new work B-side, which juxtaposes two different historical settings, as if being placed on two sides of a record: the vibrant Brazilian music and art scene of the 60s, and the (counter)culture scene of London of the early 70s, in which the Brazilian musicians Caetano Veloso and Gilberto Gil found themselves after having been exiled by the military dictatorship of their home country. The question how to "sample" conflicting experiences on "side B of history" (Adalberto Parannos) is central to the live event Refraining // Improvisações sob(re) exílio, a performative play with words and historic material, that will animate our new work.
For more information on the event, please visit Gaswork's website. 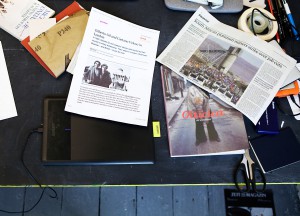 During six months we will take Caetano Veloso's and Gilberto Gil's stay in London from 1969 to 1972 as the starting point to research and work on the Brazilian art community's productions in exile. We want to tackle the complications and complexity of this field of research through different entryways: we are very much interested in the tension and ambivalence between the way exile affects communities (politically, socially, but also emotionally) while at the same time artists and musicians had to develop translocal strategies to foster their career (through an) elsewhere. To get to this broader framework of questions, we will first take the historical-biographical route, trying to trace venues, encounters, incidents of the musician's stays to get a sense of points of contact (between places, persons, styles of expression, productions) and how these contacts had an impact (or not) on both the Brazilian and the London artists/musicians. 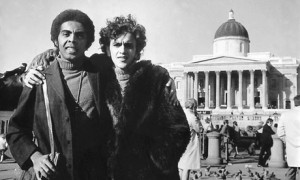 In 1969, the two young, successful musicians Caetano Veloso and Gilberto Gil arrived in London, in exile from Brazil’s military dictatorship. During their three-year stay in the city, Caetano Veloso produced his first solo album – the lyrics of which portray London as a lonely, suspiciously peaceful place:

… I choose no face to look at / Choose no way / I just happen to be here and it's ok / Green grass, blue eyes, gray sky, God bless / Silent pain and happiness / I came around to say yes, and I say / But my eyes go looking for flying saucers in the sky.

Although this and other songs on the album invoke the dark mood of a foreigner in exile, Veloso and Gil were far from being socially isolated. Soon after their arrival they turned into frequent guests of London’s music and hippie scenes. The two went to see concerts and museums, jammed in Notting Hill, had gigs in Glastonbury… Their discoveries reflect the complex and vibrant cultural nodes of the city in the ‘70s, while at the same time including the social and political presence of the Brazilian community, forced into exile in the European metropolises London and Paris.


Being exposed to London’s music scene had a strong impact on Veloso’s and Gil’s own creative work: in their use of rhythm and language. While their albums testify to this influence, the memory of countless jam sessions is much more ephemeral. The intuitive communication and synergies achieved through improvisation escape documentation – and yet, those moments and their potential for creative action form the centre of an affective territory which our new project aims to explore.