No Record, Just a Sound 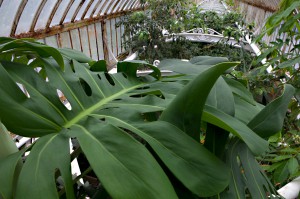 Almanac is pleased to present No Record, Just a Sound, a solo-show by Alexandra Ferreira and Bettina Wind.

Building on their residency at Gasworks, the show starts from the experience of a gap, and a gap in experience. Circling an event in the history of London, the artists consider the exile of young Brazilian musicians Caetano Veloso and Gilberto Gil to this city from 1969 to 1972. The exhibition shows the artists’ attempt to evoke the intangible traces of this period, destabilizing the idea of a distance between past and present that can be measured using historic documents and testimonies.

Performances share certain characteristics with political activities: both are without product, open to contingencies, and in need of a public sphere. In Brazil during the late 60’s, Veloso and Gil were seen as central figures in the ‘Tropicalia’ movement, forming a multi-referential style that mixed rhythmic influences from the former slave communities of Bahia with electric guitar solos in a celebration of regional culture and authenticity combined with the concept of ‘Anthropofagia’ in which Brazilian culture devours that of its colonizers.

Yet in London Gil and Veloso found themselves on the other side of history, without access to a public sphere and addressing an absent Brazilian public. Taking distance from the physical products of this period related to the promotion of two musicians in an international market, with each work the artists develop a pocket in space and time which approaches the immaterial production of sensibilities and subjectivities taking place somewhere in between a specific time and place and the perspective of the present.

The exhibition was developped as part of the residency at Gasworks, supported by the Calouste Gulbenkian Foundation.